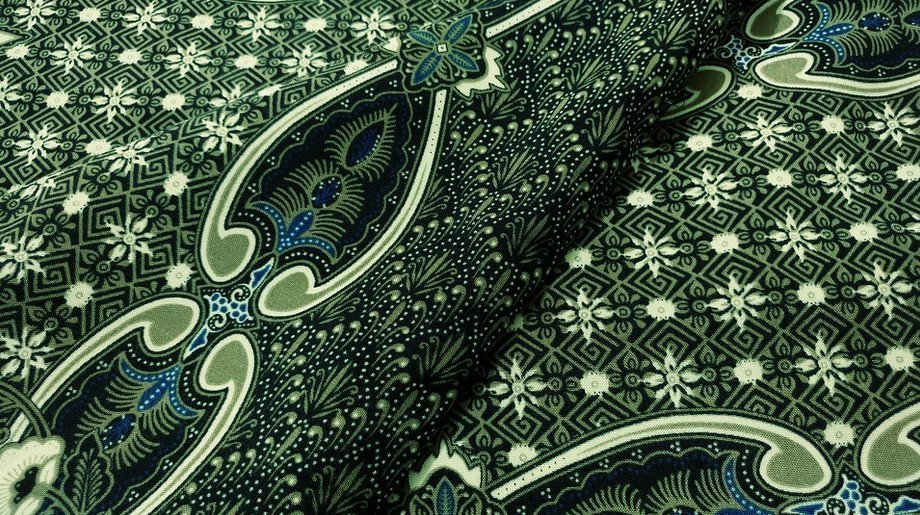 Proud of its rich cultural heritage, Indonesia celebrates Batik Day on October 2. This is the date the United Nations Educational, Scientific and Cultural Organization (UNESCO) recognized batik as a ‘Masterpiece of Oral and Intangible Heritage of Humanity’ in 2009 (source).

Where does Batik come from?

While the precise origins of Batik are unclear, its history reportedly goes as far back as Ancient Egypt and to the Far East, Central Asia and India.

But it is Indonesia, particularly in Bali and Java, where Batik became a “highly accomplished art form. Recognizable motifs, patterns and colours were developed and designed to identify one’s family, social status and geographic origin. Some experts feel that it was originally reserved for Javanese royalty, and possibly a pastime of princesses and noble ladies of the time.” (source)

Today Batik is made in many countries, including Malaysia, Thailand and The Philippines, but according to the Batik Guild “Indonesia, most particularly the island of Java, is the area where batik has reached the greatest peak of accomplishment.”

It is very much a part of the country’s cultural identity, so much so that the government encourages everyone, especially those who work in government offices and institutions, to wear Batik every Friday. (As a side note, this is something we do at Seven Stones Indonesia.)

So what is Batik?

Sources credit the origins of the word Batik to two Javanese words amba (‘to write’) and titik (‘dot’), words used to describe a technique of wax-resist dyeing on textile, which experts claim is over a thousand years old. (source) 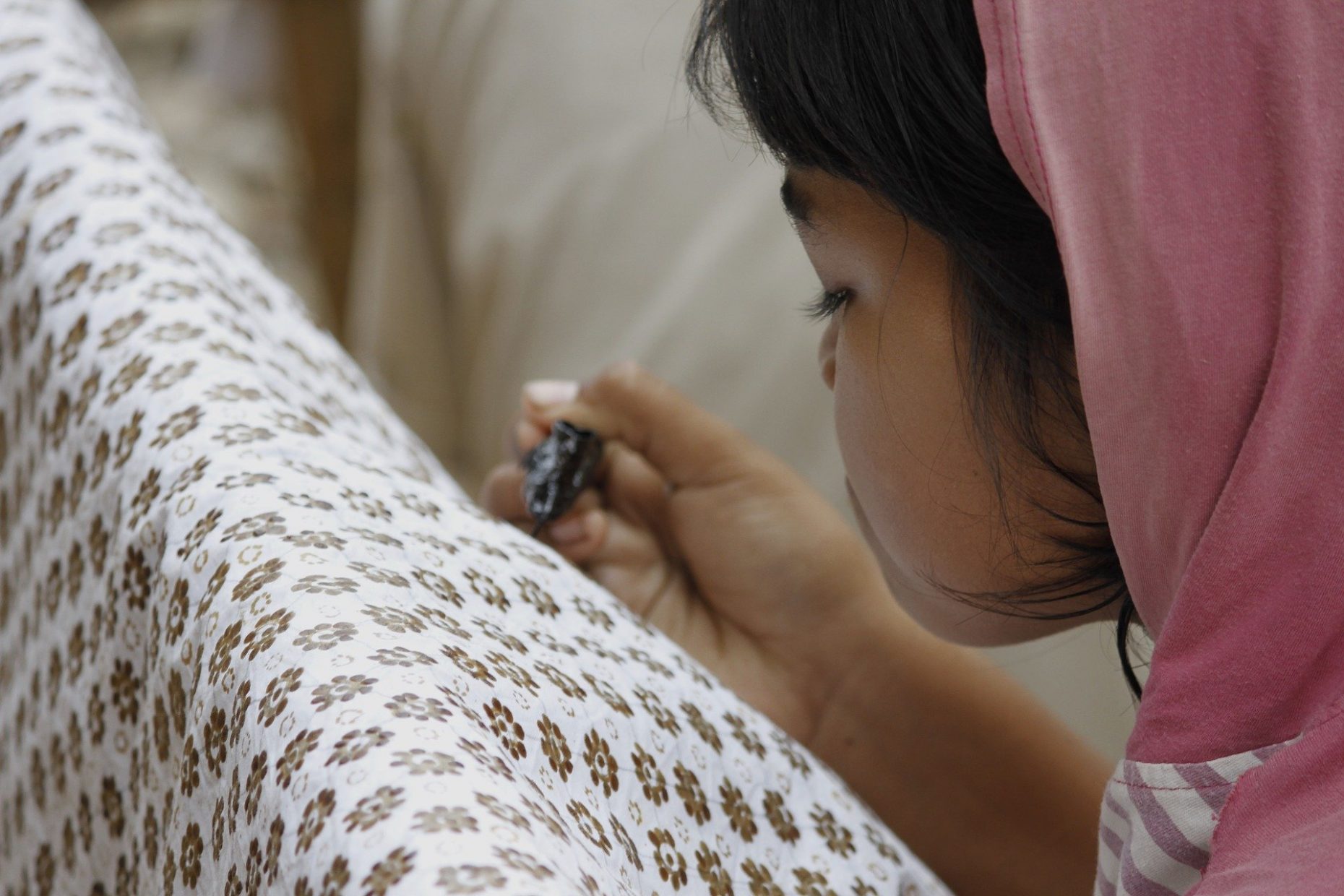 The traditional method still practiced in many parts of Java involves hand-drawing designs using hot wax on prepared cloth with a special tool called a cantin. Designs tend to follow standardized patterns, some of which have been preserved for centuries.

Quality comes at a price

The wax is used to cover those areas of the design be protected from the dye. (Imagine drawing in negatives.) After the cloth has been dyed additional areas are also covered with wax and the cloth is dyed again with a second colour of dye. This process continues until all colours have been added and it can take as long as six-months (or more) to complete and can fetch prices close to USD 4,000 for one sarong.

Early in the last century, copper blocks called tjiap (pronounced ‘chap’) were developed and used to stamp the patterns in wax onto the cloth to speed up the process but they’re also considered to be of a lower quality. 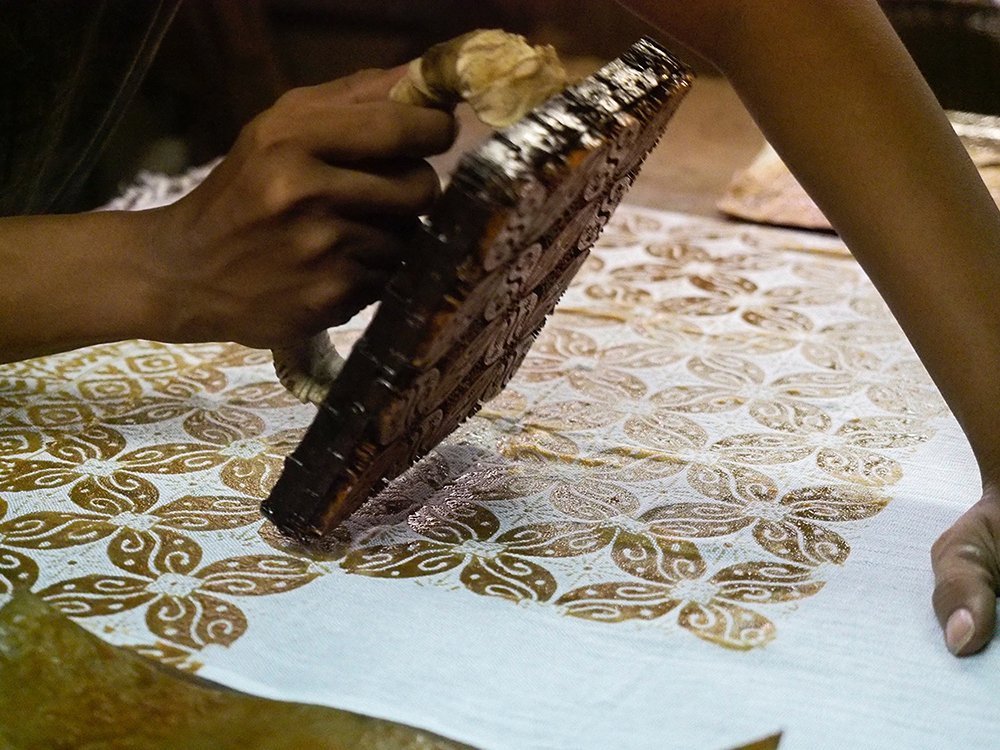 Making Batik with a copper block. Image by Agto Nugroho on Unsplash

It’s true to say Indonesians are in love with Batik but the trend has spread across the world and really hit the big time in terms of global exposure with Nelson Mandela sporting some beautifully designed Batik shirts in his meetings with world leaders.

Are you proud to wear Batik?

If you are and you want to shout about it, please send us your photo in Batik and we’ll feature it on our website and social media platforms. We’d love to hear from you.