This is the second of two blogs about where we think Bali’s property market has been heading over the last couple of years. Now it’s time to re-visit and look at what 2019 and beyond have in store.

Many years ago the Javanese arrived in Bali and took over from the Bali Aga (the island’s indigenous people) who, themselves were originally from China.

Today, many non-Balinese Indonesians are moving here along with expats from all over the world. Bali has always been a place embracing change (any place that doesn’t adapt eventually stagnates and dies) but it’s happening a lot faster than in the past and with greater impact.

It’s all of our responsibility to deal with this in a way that creates the best solutions for as many as possible, and not just for a select few.

Let’s look at some interesting facts and historical aspects, some of which may not be to everyone’s liking, but they’re all meant to highlight issues for a better future for us all.

Land is being bought for developments and investments (mainly by Indonesians) and it’s happening quickly.

The result is the Balinese are worried that soon they may not have any land of their own and their ancestors (leluhur) will be upset. It’s no secret, however, that some Balinese do gain tremendously on current land speculations even though they may be the ones complaining of upsetting ancestors!

What triggers this speculation is economic growth and potential and, unfortunately, greed. But as time goes on the world seems to be waking up to the fact that an old fashioned capitalist mindset is out of date and needs to change. There are other modules out there and even big investment firms are talking about environmental and community impact as much as they are about profits.

But back to the core issue.

Land in Canggu for example, especially around the hot spots of Berawa and Batu Bolong, is being used for commercial activities and is largely owned by the Banjar or locals.

Some years ago you could rent land here for next to nothing, but now the same plots are easily rented for up to IDR 60 million per Are (10 x 10-square metres) per year. Try to find a commercial spot to rent for a shop or café for less than IDR 200 million a year and you’ll see what I mean. Now people are ‘buying’ leases so they can sub-lease for capital gain.

Who benefits from this?

In financial terms, it’s clearly the local community. Stronger tax collection also ensures the government gets its fair share. There’s also a huge need for labour, and skilled labour especially, raises salaries. This in turn creates better opportunities for both local Balinese and Indonesians to decide their own futures. Is this necessarily a bad thing?

The truth is, Bali’s economy is driven by tourism and property development … more than 80 percent, in fact. And what really needs to happen is for the island to develop alternative industries and income streams that can enhance and support these economic pillars. 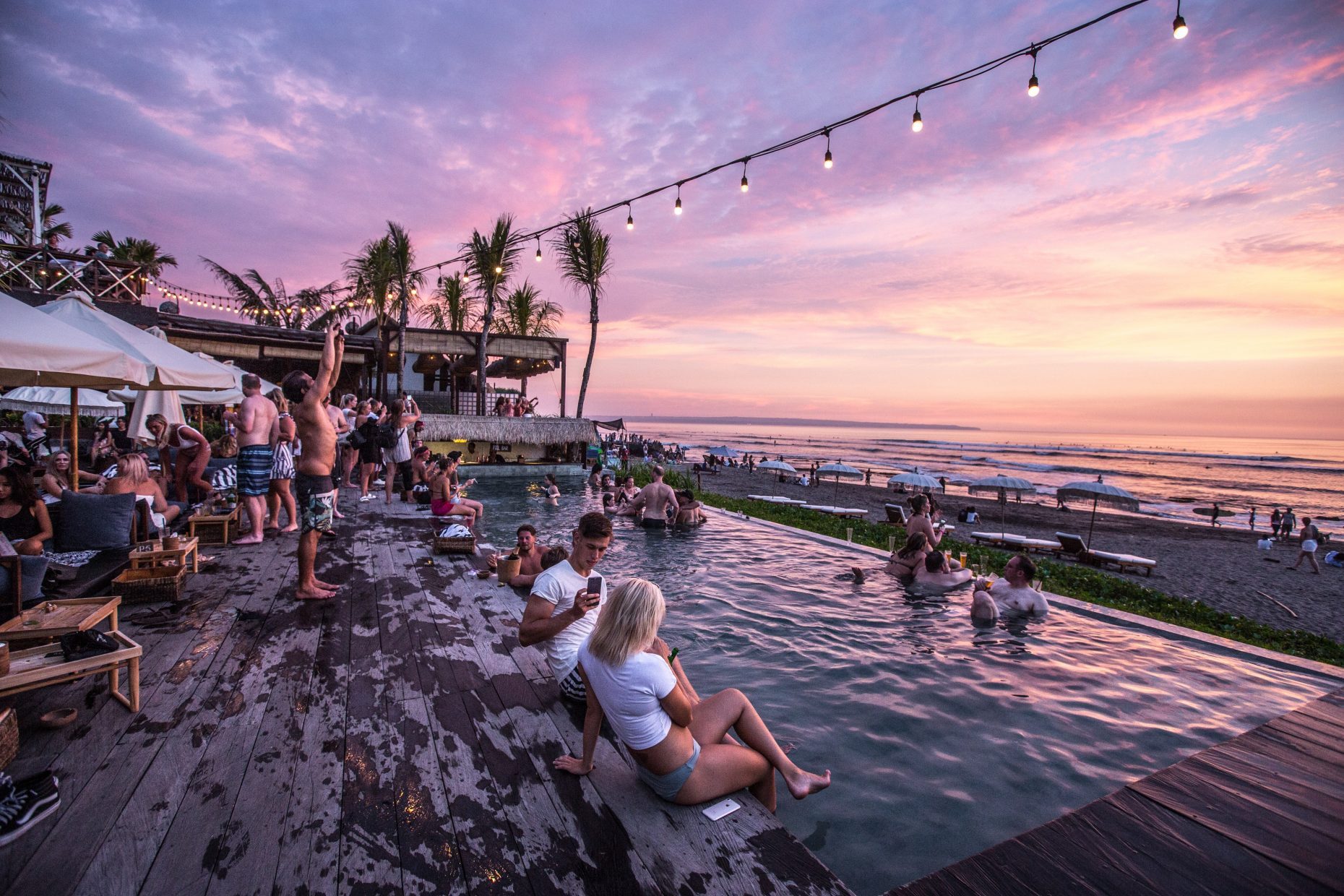 The Lawn Canggu by Cassie Gallegos on Unsplash

This is something the current central administration under President Jokowi and the local administration of Koster-Ace are aware of and why they are encouraging the growth of something called the Creative Economy. If it’s managed correctly nobody gets left behind.

If you take these growing visitor numbers and imagine all of these people stayed in villas and double-occupancy rooms with an average stay of about four nights, then divide the number of rooms needed per night by the number of hotels available (with an average of 250-rooms) you soon realize the growth of hotels is not keeping up with demand.

What about the price war?

Merriam-Webster Dictionary defines a Price War as being “characterized by the repeated cutting of prices below those of competitors” and by that definition, there really isn’t a price war. 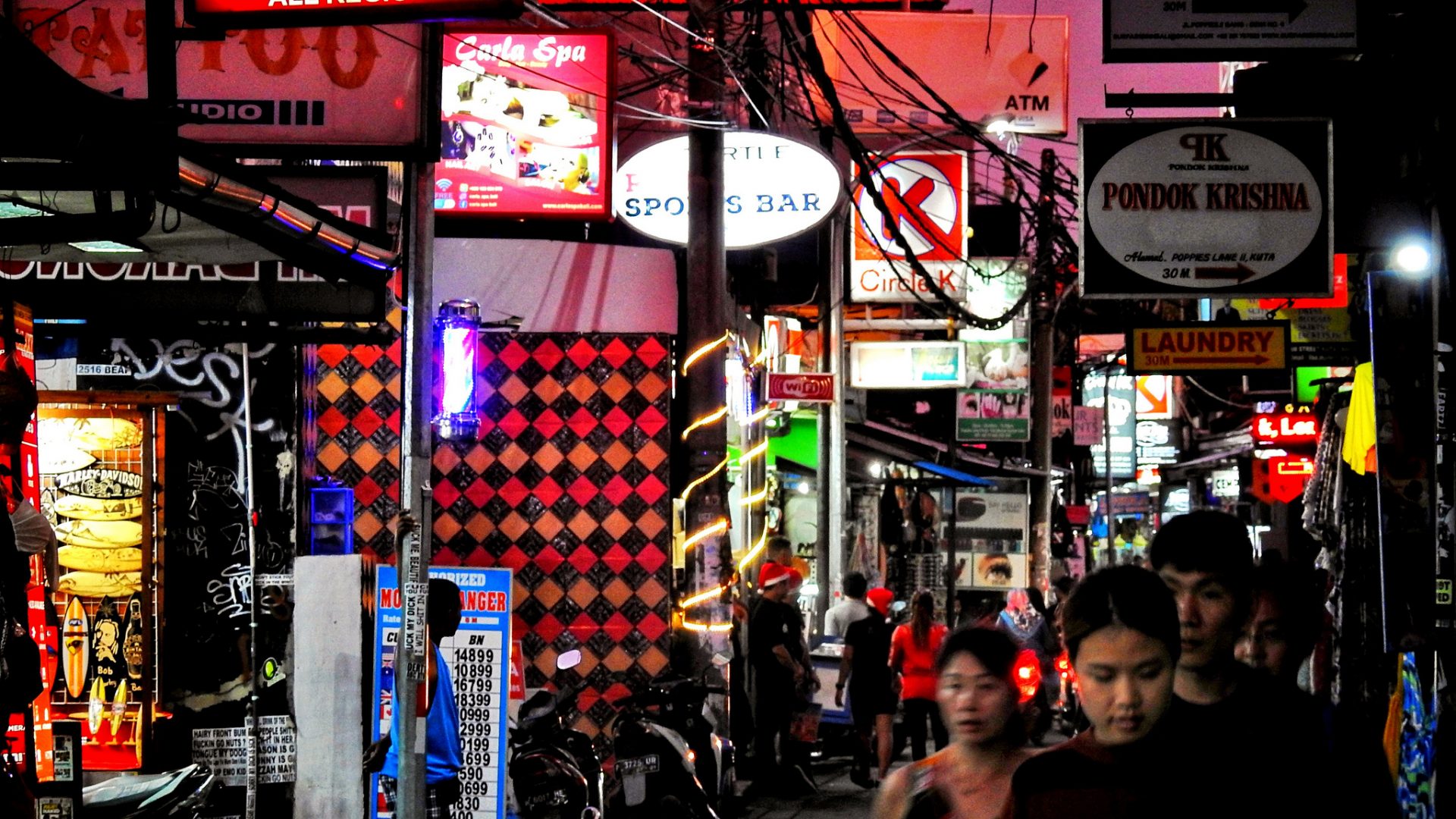 Serious international and domestic consultancy groups will suggest average occupancies and room rates as well as the average visitor spend are either at the same level as previous years and in some cases they’re actually increasing, not being reduced.

This is not necessarily the case in Kuta and Legian however. The problem they face isn’t the number of rooms available but what’s on offer. According to OTA’s like Booking.com, global tourism is moving to experiential travel and more Eco-friendly tourism and that’s something Kuta and Legian struggle with.

The villa market in Bali

Prices and occupancies in the villa market however, are going down. I think this is largely because villas in Bali have become too dependent on OTA’s, booking engines and so called management companies who don’t really know what to do in terms of delivering on the customer experience.

I predict things will change dramatically as we move forward and that change will not include the OTA’s … at least not in their present form.

It’s important to remember that OTA’s and booking engines charge a percentage of the room night as a fee to the villa for the privilege of being in their global network and on their database. Nothing wrong with that really, except the fee they charge can be between 15 – 25% and can reach as high as 30% and that will hit the price the customer pays.

With that in mind, remember too that most people will use the ‘price’ filter on these booking engines to look for the best deals, so keeping prices in the sensible part of realistic, while still being able to effectively manage a property and keep standards and customer experiences high, becomes more difficult.

Some booking engines are trying to change this but at the end of the day this is down to each individual owner and management to change. With the current potential of social media it’s possible for a villa to stand out and find its own niche market. And those that do so win twice because they’ll be able to reduce prices to more realistic levels and in so doing draw more business.

It is true that there appear to be different rules for different people. For example, maybe Wayan has a hotel, which he or she built on tourism zoned land, as rules and regulations demand. He (or she) is doing well and his next door neighbour, Made wants a slice of the same pie. Made applies for the licenses to operate a hotel but is refused. How can this be? Has Made got a foreign partner? Has Wayan paid someone in the license department to protect his own interests? Maybe. We know both have been happening, but we believe this is a thing of the past because a protective mindset is just not possible in these days of globalization.

Indonesia has recently signed several significant trade agreements with Australia and members of ASEAN as well as other non-EU countries. This will soon start having an impact as foreign investors will find it easier to set up here and gain benefits from a financial/tax point of view.

Some would say it’s all to do with a corrupt government. I would agree that in the past this was partly true. But it’s also to do with a corrupt market with investors, domestic and expat alike, not wanting to follow regulations, pay taxes or think long-term for the benefit of the people in whose land they live and do business. They are like characters in the movie “Die Hard” holding on to an already gone past.

But the governments of Bali and Indonesia are changing a lot faster than we think. The more we cling on to the way things ‘used to be’ the worse it will be for Bali.

What are the solutions?

First is to prioritize. Government, infrastructure, garbage and water should be the main focus of our attention. When they are, we all need to come together with solutions, not just criticisms.

Melati and Isabel Wijsen, from Bali’s Green School, have been campaigning to ban plastic bags locally and reduce the impact of plastic waste globally.

Do a little every day, impact a little every day. Again look at what was possible with plastic bags! Can we do a similar thing with water? Many have already started. The Refill My Bottle campaign is a fine example of how to creatively deal with a plastic problem as well as being more mindful about water.

What can you do?

We need long term solutions. We need to realize that what has started cannot be stopped. We (as in you and me) can decide where we take Bali’s tourism … together. We need to focus on words and initiatives around being Eco-friendly, encouraging upmarket and integrated tourism, implementing real spatial and urban planning with better and more consistent zoning. The Indonesian and Balinese governments are certainly trying to focus on these things and they deserve our support.

Everyone developing and operating villas, resorts, restaurants, shops, whatever it is; we all gain from this and it’s our responsibility to drive this in the right direction.

I personally think Bali is finding its way and will still be that unique place that touches us all so deeply in so many different ways. My question to you is are you ready to do your part to make a positive difference?

Harcourts Seven Stones is a property company headquartered in Bali, Indonesia, with a mission to help people who are interested in buying and selling residential and commercial real estate.

If you’re thinking about property, ROI, capital gains or lifestyle investments in Bali, Jakarta, Surabaya, and Indonesian’s Eastern Islands and need some friendly advice and guidance then why not email hello@sevenstonesindonesia.com or check out Seven Stones Website | Seven Stones Linkedin | Seven Stones Facebook

If you’d like to subscribe to our newsletters or need more information about this blog or other property matters please complete this form. We’d love to hear from you!